It’s taken me a while to write this post because there are so many amazing things to say about Kiev. I had very low expectations for the city, mainly because it has never been a place I have heard many travellers talk about. Of course, our main reason for visiting was to go and explore the site of the Chernobyl nuclear disaster, but we were pleasantly surprised by Kiev itself.

If I had any expectation whatsoever, it was that Kiev would be a big, grey, concrete city with little colour and, if I based our trip on the drive from the airport to our air bnb, I would have been right. But, as we crossed the bridge into the city and saw the Rodina Mat statue towering over us, a vast green landscape appeared over the horizon. 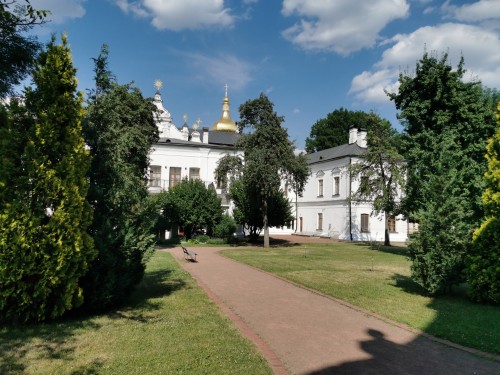 Kiev was surrounded by multiple landscapes – a river, a forest, flat plains. Everything you could imagine could be seen from atop one of the hills in the city. We walked for hours on end through just one of the many parks and it was beautiful. Everywhere was filled with the music of buskers and street performers and the stunning wildlife felt in its rightful place here. 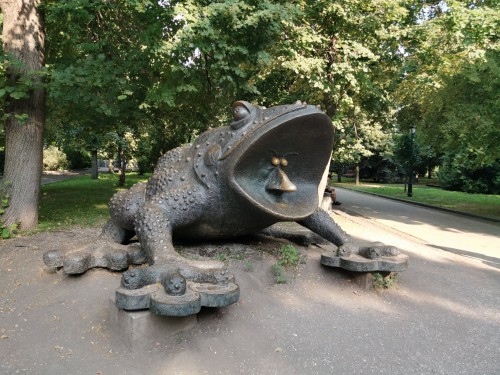 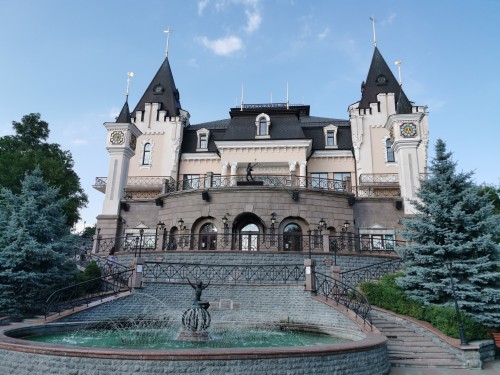 Even the architecture of Kiev was stunning. In particular, Saint Sophia’s Cathedral, stood out for me as it was not one monument, but a beautiful national reserve which included 77 monuments. Everywhere we went in this city, I fell more and more in love. I know I say this about every city I visit, but this truly has topped the list for me.

What makes this city even more attractive is the lack of tourists. The amount of freedom you have to roam around and not be accosted by street sellers or approached and asked to take photographs of other tourists (not that I ever mind this!) is wonderful. Kiev had a beautifully rustic feel to it and thanks to the kindness of the locals, we felt so at home.

In terms of food, contrary to popular belief, chicken kievs are not readily available in Kiev (the audacity!). In fact, we discovered that this delicious dish was actually created in Russia. Nevertheless, we had some wonderful food whilst we were away. In particular, we visited a restaurant called The Last Barricade (hoping to find chicken kievs but instead we found some very good steaks). This restaurant was the most difficult place to find but was worth it for a unique dining experience. We were asked to provide a password before we could enter and the restaurant was located in a secret passageway beneath the ground. I won’t give anything else away because I suggest you visit if you are ever in Kiev!

Another restaurant that stands out is The Whisky Corner, mainly because it was Scottish themed and mentioned Dundee! We had some amazing traditional British food here which was 100 times better than the food we have in Britain itself.

We also had a lot of amazing cocktails and drinks in Kiev and we visited the craziest karaoke bar to perform our rendition of Super Trouper by ABBA. Unfortunately, the bars and clubs in Kiev are kind of something you just come across en route so I don’t have all the names but, if you do visit, it’s worth checking out the Blues Bar for some cool vibes and live music.

Kiev really is somewhere you need to see to believe so I’ll let the pictures do the rest of the talking. 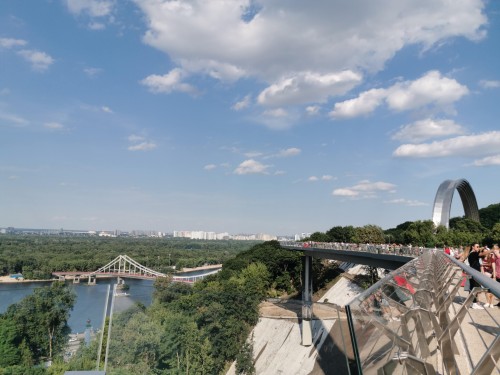